BMW and NVIDIA Metaverse: Announced a partnership to create a metaverse experience for BMW customers using NVIDIA’s technology. The partnership aims to create virtual environments where customers can interact with BMW vehicles in a more immersive and personalized way.

BMW plans to use NVIDIA’s technology to create virtual showrooms, test drive experiences, and even virtual reality-based design and engineering tools. This partnership demonstrates the potential of metaverse technology in the automotive industry, as it allows customers to experience BMW vehicles in a new and innovative way. The partnership also showcases how NVIDIA’s technology can be used for various industry verticals.

In April 2021, Nvidia CEO Jensen Huang announced the company’s plans to join the Metaverse and transform the future of the world’s largest industry operations.

The company is developing its gaming roots in other sectors as well. Currently, it is partnering with BMW to create a virtual factory where engineers will virtually plan and install new workflows before starting work. Huang, the CEO of Nvidia, recently told TIME.

The basic technology of humans is intelligence. We are in the process of automating intelligence so that we can increase our own intelligence.” he made his statement.

A “digital twin” that seamlessly integrates humans and machines will power the industries of the future.

NVIDIA CEO Jensen Huang unveiled a fascinating picture of the future of manufacturing on Monday with a demo mixing augmented reality, virtual reality, robots, and artificial intelligence to operate one of BMW’s automobile plants.

During his keynote talk at NVIDIA’s GPU Technology Conference, Huang made the announcement, then glanced at the crowd.

The NVIDIA Aerial software development kit, which delivers GPU-accelerated, software-defined 5G wireless radio access networks to the factory floor, the NVIDIA Isaac platform for robotics, and the NVIDIA EGX edge computing platform are all included in the AI industrial showcase.

The Biggest Manufacturer of Customized Products in the World

Each of BMW’s assembly lines can make up to 10 different cars, and the company is proud of the fact that it gives customers a lot of options. 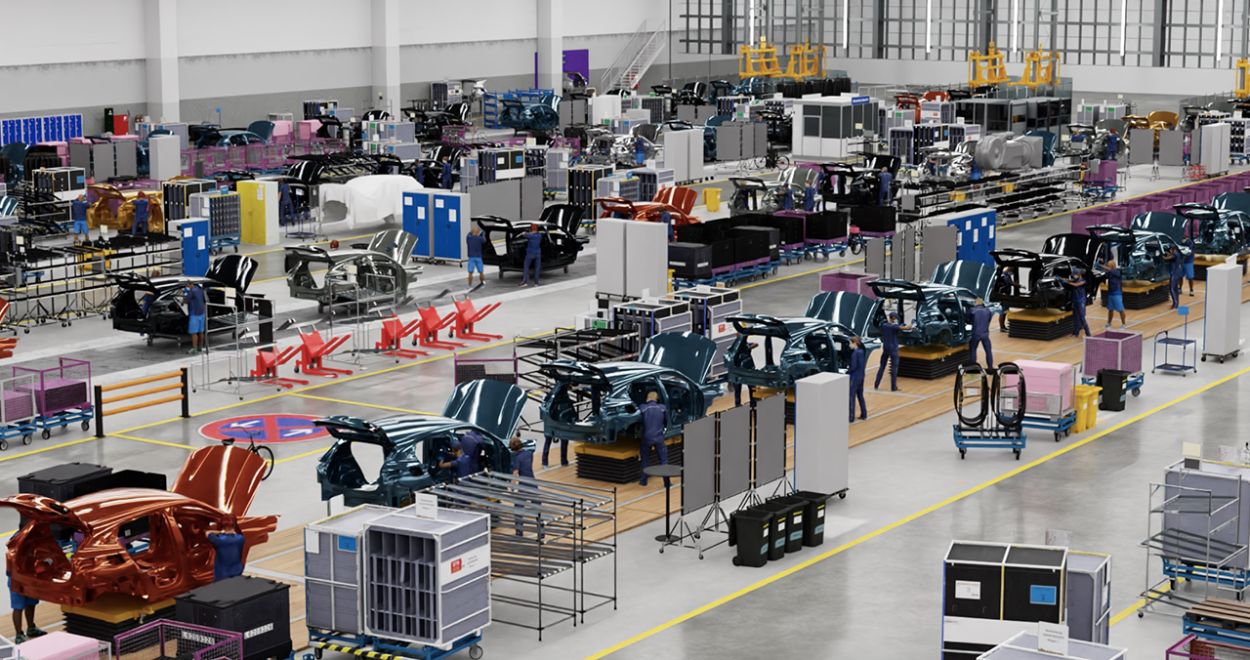 Huang said, “BMW could be the world’s biggest company that makes things to order.”

Milan Nedeljkovi, a member of the Board of Management of BMW AG, said that these cars are made in 31 factories around the world.

Huang said, “This is exactly why NVIDIA made Digital Human for simulation.” “Real associates’ data is used to train Digital Humans.”

These digital people can be used in simulations to test new ways of doing things to make sure they are safe and efficient for workers.

The 57,000 people who work at BMW’s factory share space with robots that are made to make their jobs easier.

Nedeljkovi said that Omnivores will make it easy for robots to quickly adjust to how BMW has changed its factories.

“BMW is using the NVIDIA Isaac robotics platform to set up a fleet of smart robots for logistics to improve the flow of materials in our production,” Nedeljkovi said.

This is important because BMW makes 2.5 million cars a year, and 99 percent of them are made to order.

Huang said that Omnivores can use NVIDIA Isaac to make up data and change the order of domains. This is the key to getting machine learning off the ground.

Huang said that randomising the domain can make an endless number of photorealistic objects, textures, orientations, and lighting conditions.

Huang and Nedeljkovi showed a BMW worker watching how the factory worked. The operator can give different robots tasks and see a photorealistic digital view of how they are doing in Omnivores. This information is updated by sensors all over the factory. 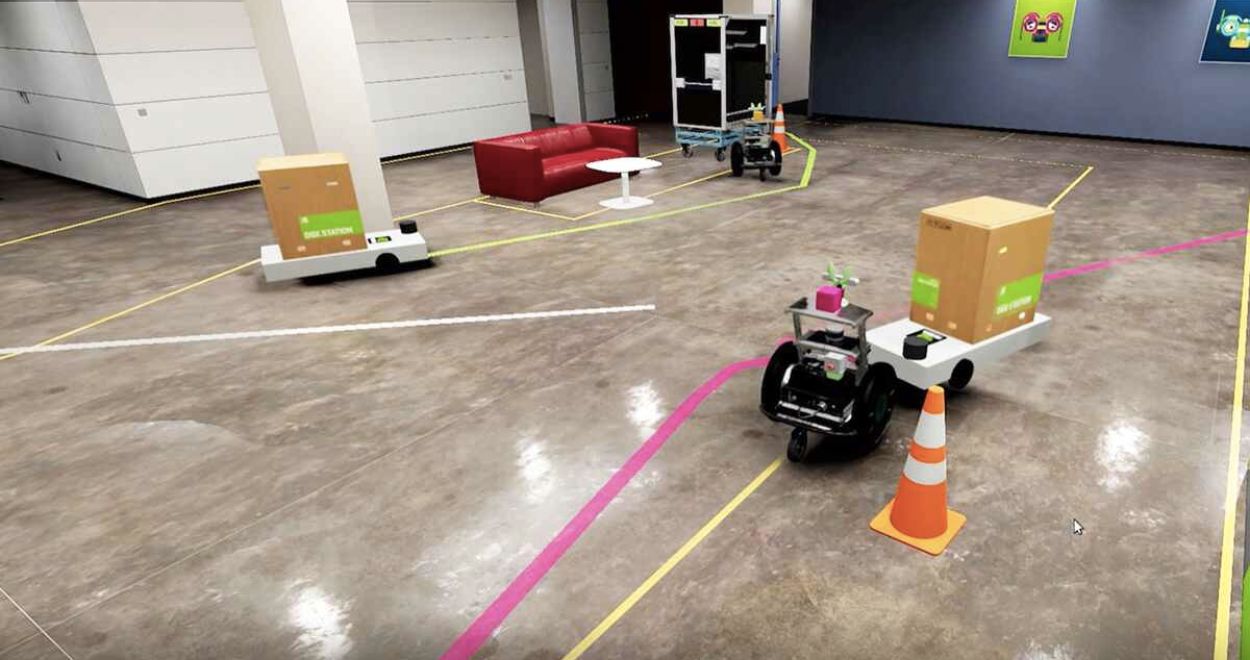 Huang said that workers can safely control robots and other machines in the factory with NVIDIA Fleet Command software.

They can keep an eye on complicated manufacturing cells in real time, update software over the air, and send factory robots on missions.

Humans can even “lend a hand” to robots. When a message is sent to Mission Control, a human from BMW can remotely control the robot by looking through its camera and giving it instructions through a 5G connection.

According to him, the whole factory model, including the workers, robots, buildings, and assembly components, may be replicated to support a variety of AI-enabled use cases, including big data analytics, autonomous robotics, and virtual factory planning.

According to Nedeljkovi, “these new improvements will shorten planning durations, increase flexibility and accuracy, and ultimately result in 30 percent more efficient planning procedures.”