What Is Spatial Computing in Metaverse?

Spatial Computing in Metaverse: The metaverse is expected to grow quickly to become a $679 billion industry by 2030. In the context of such a massive expansion, the metaverse represents the greatest global collaborative effort since the introduction of digital computing.

To better understand the hype surrounding the Metaverse, think of it as a parallel virtual plane of existence that encompasses all digital technologies and will eventually control much of the physical world as well. With this understanding, you’ll be able to appreciate why it’s so challenging, but ultimately worthwhile, to establish the metaverse on a global scale and why the common definition of the metaverse as a 3D internet is more accurate.

A persistent and living virtual world that is neither a window into our life (like Facebook or Instagram) nor an avenue where we communicate (like Gmail) but one in which we also exist — and in 3D — seems to be the next step in this revolutionary trend (hence the focus on immersive VR headsets and avatars).

What is Spatial Computing?

Until now, our only means of communication with computers have been through the use of keyboards, mice, and screens. But things will change once we have a user interface for spatial commuting. Envision a world where you can control devices with just your eyes, your body, or your voice, and the hardware is completely out of sight.

Future generations will look down on the idea of using a desktop computer and spending hours in front of a flat screen. However, what exactly does “spatial computing” mean? The answer to this question is becoming increasingly relevant as more and more manufacturing companies plan to undergo a digital transformation.

Spatially enabled and optimized actions and interactions are made possible through the virtualization of machines, people, objects, and their physical and virtual environments. It’s the concept of freeing machines from their physical locations by using space itself as an input and output device for a computer.

The concept of traditional computing is broadened by the inclusion of relative location knowledge, or where something is in relation to other places. More and more places around the world are adopting automation and incorporating machines into the workplace.

With spatial computing, humans and machines work together on equal footing, and both parties benefit from the process. It encourages a new type of computation that blurs the line between the virtual and the real. It makes it so that the machine in space and the machine’s internal space blend together as much as possible.

Injecting computation into physical objects, for instance, or bringing the physical world into the virtual one. In a nutshell, it entails developing systems that go beyond what is possible with a mouse and keyboard but avoid becoming merely an interface or a weak simulation.

Also Read – Rise of DAOs in the Metaverse & Their Importance!

How Spatial Computing & Metaverse Are Tied Together?

Spatial Computing in Metaverse: In addition to making our daily lives easier, spatial computing has become an integral part of society. The convergence of augmented reality (AR) and virtual reality (VR) accelerates the vision of a parallel, three-dimensional, virtual universe that interacts with the real world and never shuts down. It bridges the gap between the real and the digital worlds, allowing for simultaneous interaction between the two.

The ability to access and manipulate 3D spaces for better experiences has led to spatial computing’s rise to prominence as a significant category of technology. Specific pieces of software and hardware are essential for successful spatial computing. Explore the many facets of the metaverse’s underlying software layer:

Where is Spatial Computing Heading to?

A major selling point of spatial computing is the real-time, three-dimensional (3D) visualization of products, factories, and workers. It improves our capacity to digitally simulate the spatial relationships between machines, objects, people, and environments.

All signs point to spatial computing being the next step in the digital revolution, and its widespread use cases bear this out. There is a wide range of people who could be affected, including retail customers, medical patients and doctors, and business owners and executives.

Spatial Computing in Metaverse: Machine-to-machine communication will also benefit greatly from its implementation. The ability of humans to work together in thought gives them great strength. The same can be said for Spatial Computing in Metaverse, which will make it easier for millions of people to work together without having to rely on text alone. 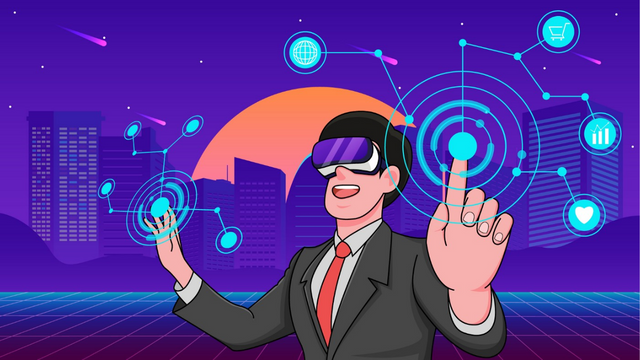 But rather on the visual capture of the collective human intelligence about every person, place & thing in the world. Using augmented reality cloud infrastructure, it will also guarantee its universal accessibility. Whether it’s the digital twin idea, the Metaverse, or any number of other possibilities, the future of spatial computing is bound to be exciting.

Also Read – What Kind of Implications Does the Metaverse Have on Our Future?

The metaverse is a parallel virtual plane of existence that encompasses all digital technologies and will eventually control much of the physical world as well. Spatial Computing in Metaverse is the concept of freeing machines from their physical locations by using space itself as an input and output device for a computer.

It bridges the gap between the real and the digital worlds, allowing for simultaneous interaction between the two. All signs point to spatial computing being the next step in the digital revolution. A major selling point of spatial computing is the real-time, three-dimensional (3D) visualisation of products, factories, and workers. Machine-to-machine communication will also benefit greatly from its implementation.

The Second Annual Metaverse Fashion Week Will Take Place in Decentraland in March 2023!

The Second Annual Metaverse Fashion Week Will Take Place in Decentraland in March 2023!