Top 7 Nft Project in 2023: It might seem that the novelty has passed with the NFT market down 97% from its highs. But now may be a fantastic moment to buy if you truly think that these digital artefacts will be a wise long-term investment.

Think of them like collecting any other exotic investment, such as rare wines, antique vehicles, or even vintage baseball cards, as we stated in our Investor’s Guide to NFTs.

We’ve gathered some of the top NFT projects of 2023 to help you find the NFT collections with the most traction. Keep reading to know everything in detail. 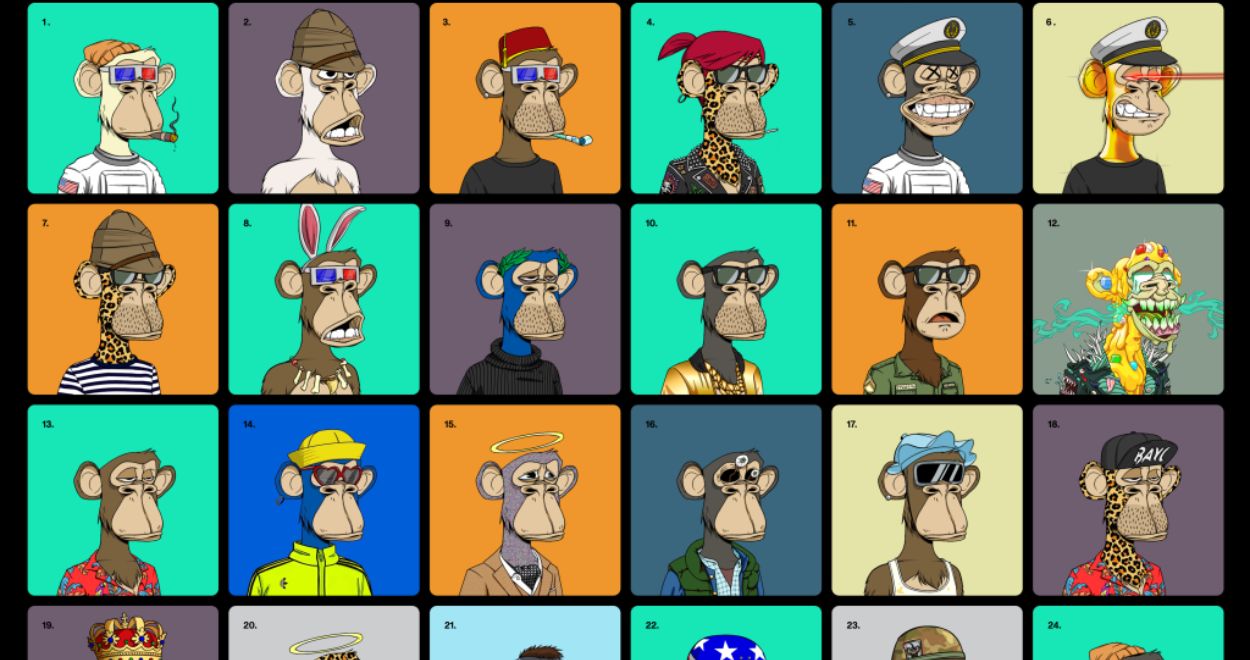 The Bored Ape Yacht Club, a collection of 10,000 distinct NFTs constructed on Ethereum, is well-known to most individuals with a basic understanding of NFTs. Each Bored Ape has unique traits, some of which are more uncommon than others. For instance, just 3% & 5% of Bored Apes, respectively, had motorcycle vests and red fur.

The Bored Ape will probably cost more the rarer the characteristic. First-come, first-served ordering was used for all Bored Ape NFTs at launch, and they were promptly sold out. They are now offered on OpenSea, a secondary market that serves as an NFT version of eBay.

The Bored Ape Yacht Club presents itself as an exclusive social club, as the name would imply. Access to an unique Discord channel is available to NFT holders. Where other members—some of them prominent celebrities—hang around and converse. You also get access to additional NFT memorabilia that can be sold for more money if you own a Bored Ape NFT. 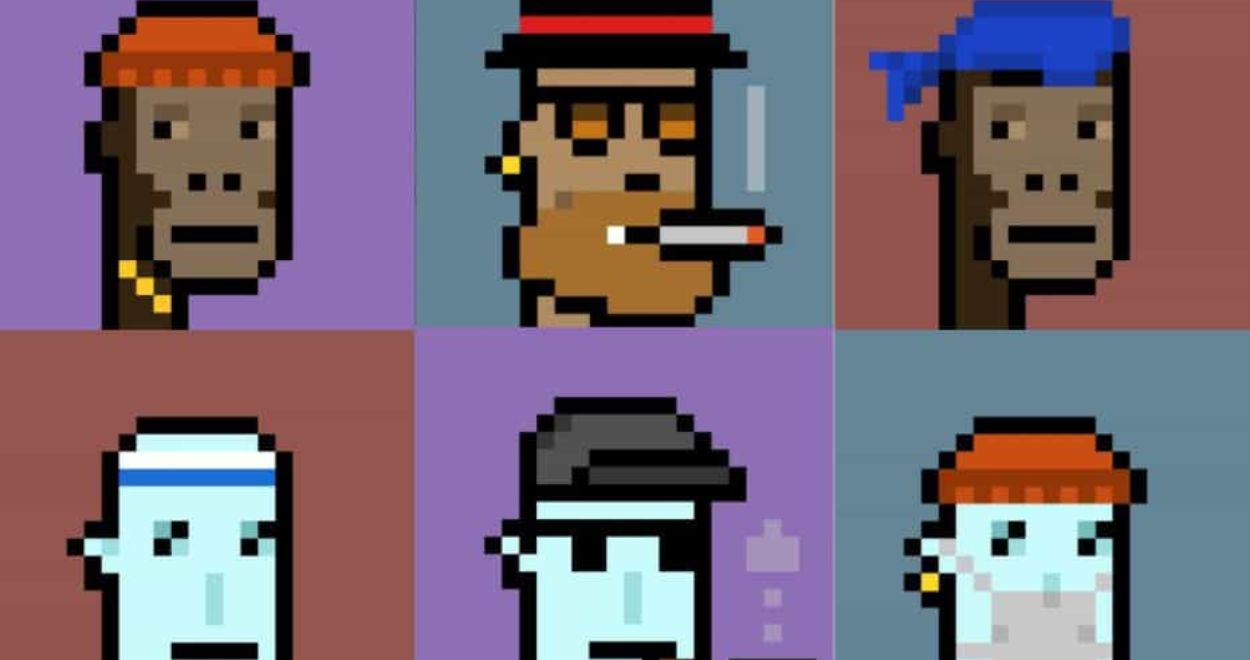 One of the original Ethereum blockchain-based NFT initiatives was called CryptoPunks. 10,000 algorithmically created NFT avatars with distinctive characteristics are available on CryptoPunks. The 70s British punk era served as inspiration for the avatars, which captured the anti-establishment, rebellious spirit of the blockchain community.

Although each avatar is distinct, some have more uncommon qualities than others. For instance, over 9,000 of the NFTs are depictions of human men and women, but a small number are also zombie, extraterrestrial, and ape-like forms. As a result, the NFTs with distinctive qualities can be worth more than the rest.

The creators of the software business Larva Labs, located in New York, John Watkinson and Matt Hall, are responsible for CryptoPunks. Watkinson and Hall first imagined making a smartphone app or game out of the figures as an experiment.

Instead, they obtained a profitable NFT collection that, as of November 2022, had a market valuation of more over $5 billion. CryptoPunks are presently not for sale, thus there is no floor price. 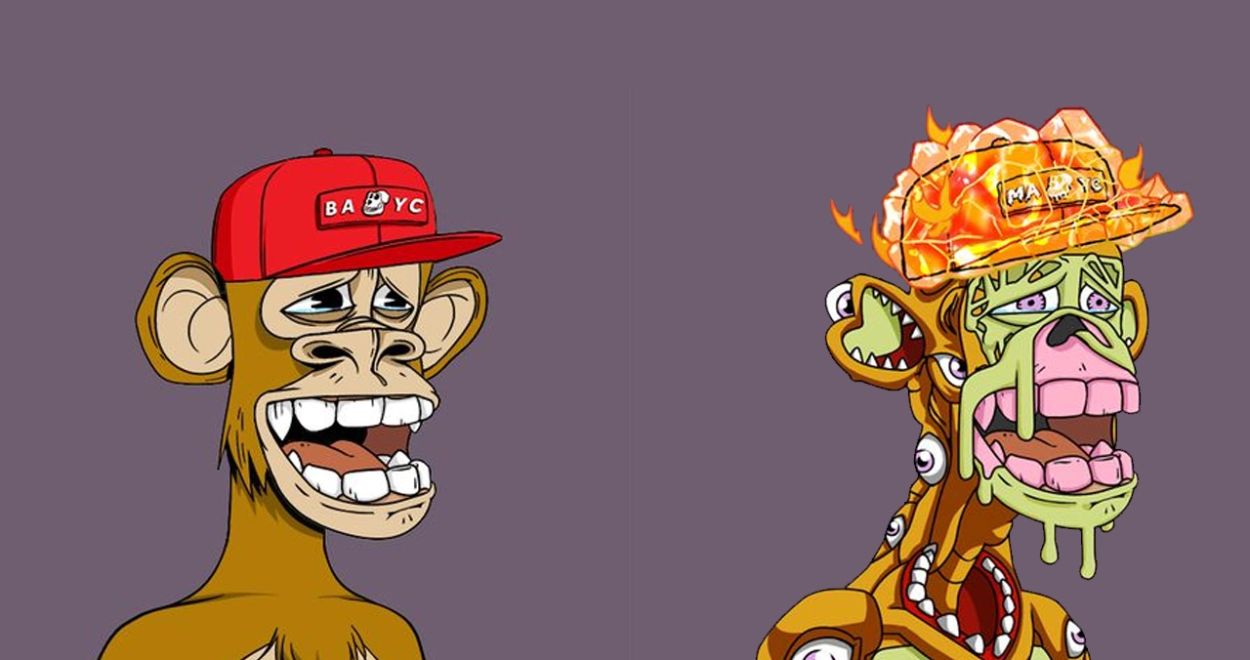 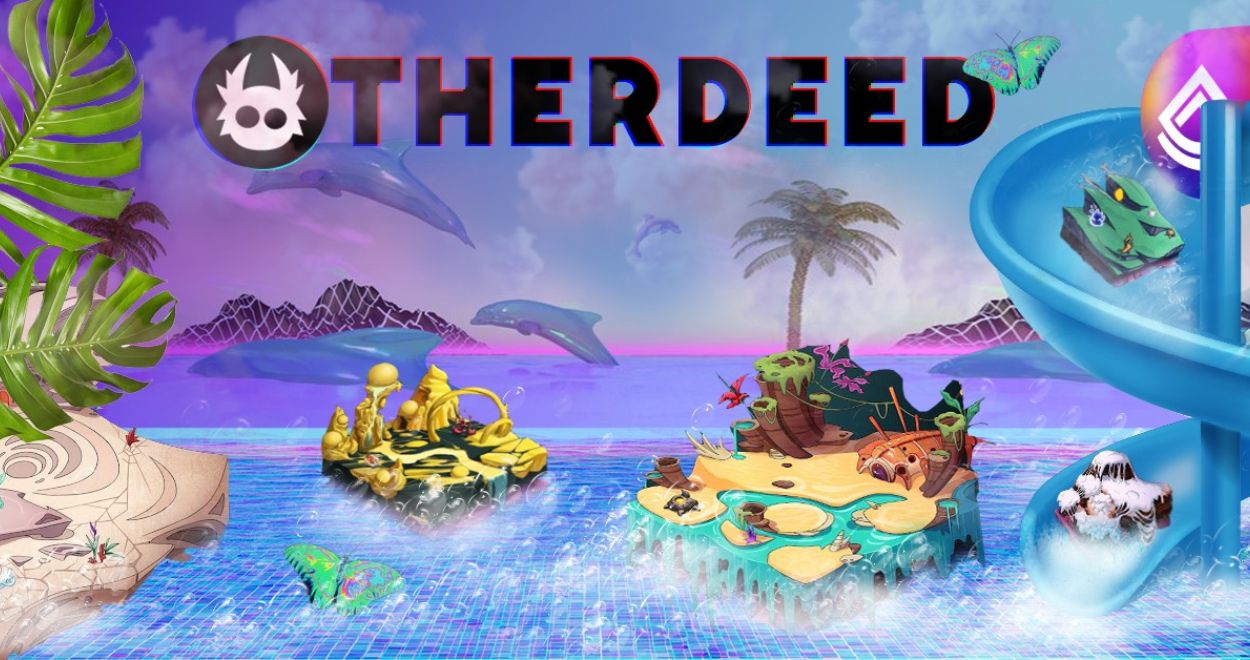 The NFT collection of metaverse land plots known as Otherdeed for Otherside was made by Yuga Labs, the company behind Bored Ape Yacht Club. Once the Otherside is formally launched, owners can claim land parcels there using Otherdeed NFTs.

Each Otherdeed is a representation of a distinct ecosystem or sediment found in the Otherside cosmos. Users can exchange different resources and artefacts within Otherside by utilising Apecoin, a cryptocurrency developed by Yuga Labs, in each Otherdeed. Holders of the BAYC or MAYC were eligible to exchange one BAYC or MAYC NFT for one Otherdeed NFT.

Users will be able to switch between several metaverses because to Otherside’s interoperable design. The metaverse is meant to function as an open-world game where NFT holders may possess land and engage with various ecologies and the distinctive creatures that call them home. 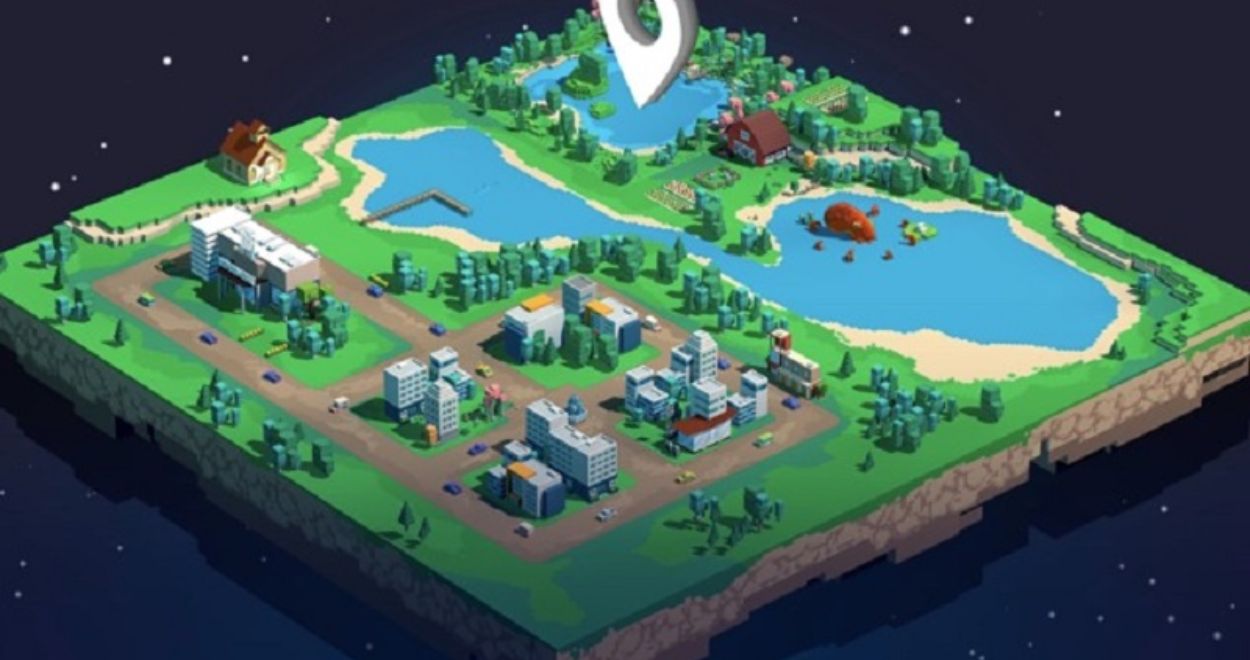 One of the most well-known metaverse game ecosystems, The Sandbox, has virtual real estate assets called “Sandbox LAND.”

A single digital piece of real estate makes up each LAND. LAND is created by game designers to create digital experiences like virtual buildings, games, or dioramas, much like real estate development.

There will be 166,464 LAND tokens in total. The ERC-721 protocol is used for the NFT collection’s Ethereum minting. Users in The Sandbox can combine different LANDs to create ESTATEs. A DISTRICT is a specific kind of ESTATE.

LANDs can be used to create assets in the Metaverse, sell them, or rent them out to game developers. Holders take part in the governance of the ecosystems as well. 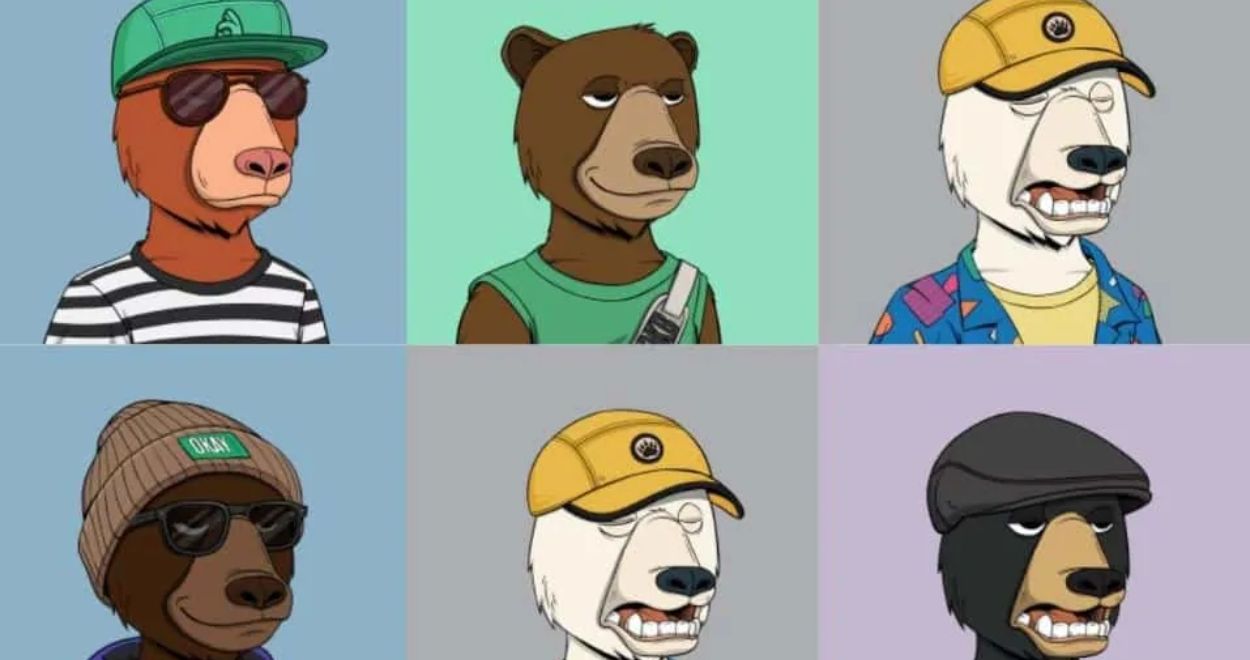 In April 2022, an algorithmically created NFT collection called Okay Bears was published on the Solana blockchain. 10,000 bears were initially made available for purchase at 1.5 SOL each.

The Okay Bears team set out to create a laid-back, lively community that prioritised advancement, acceptance, and positive feelings. Each Okay Bears NFT character was generated by an algorithm, and each NFT has utility, which means it may be utilised for a range of real-world purposes, such exclusive access to activities and events.

The Okay Bears NFTs helped the Solana blockchain reach over $2 billion in revenues by selling out in a single day. Okay Bears has been able to stand out from other NFT rivals by developing a distinctive buzz around its brand.

For instance, by merely adhering to a set of guidelines, such as writing a poem, altering their social media profile image, or posting content with a certain hashtag, some users were able to gain membership within the group.

Additionally, Okay Bears places a high priority on cultivating a culture of goodwill among its neighbours. The Park is a private Discord channel where members may congregate where everyone is treated equally and encouraged to share positivity. 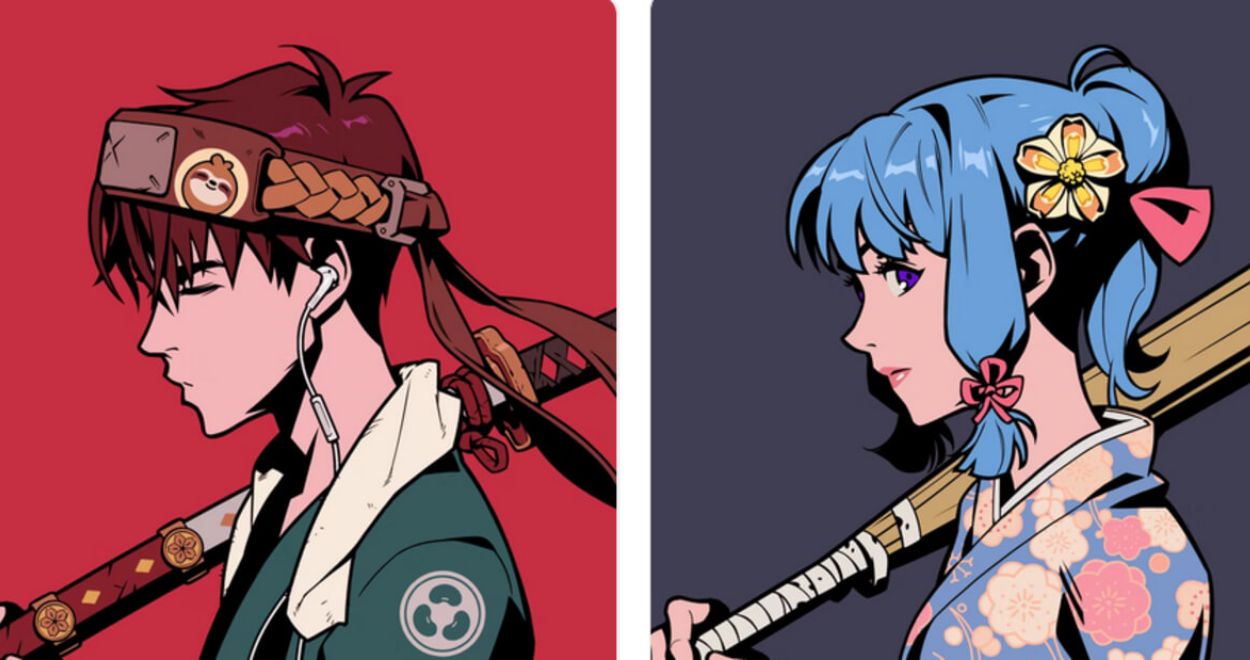 One of the most popular NFT collections ever released was Azuki, an anime-themed collection. The 10,000 NFT collection, which was made available on January 12, 2022, sold out in less than three minutes for a total of nearly $30 million.

The Azuki collection achieved a market transaction volume of approximately $300 million in the next weeks as word of the successful launch spread. These days, secondary markets like OpenSea and Rarible are the main sites to find Azuki NFTs.

The artwork of Azuki NFTs captivated many anime aficionados, which contributed to their fame. The company has also used a number of smart marketing strategies, such as working with the Korean hip-hop group Epik High.

When you purchase an Azuki NFT, you gain access to The Garden, a premium online club with NFT releases, live events, streetwear collaborations, and more.

The NFT collections that are featured here have made excellent investments. Many also provide extra incentives, which may increase with time, including as entry to special events or voting privileges on the project itself.

The value of additional collections can increase. For instance, you might own Sandbox LAND in a prime area and rent it to companies building assets for the Metaverse, such game developers or major corporations.

However, given their youth, investing in NFTs is fraught with danger. Do your research before making an investment in NFTs or become a Premium member to see our whole collection of NFT scorecards that have been assessed and analyzed by our experts.